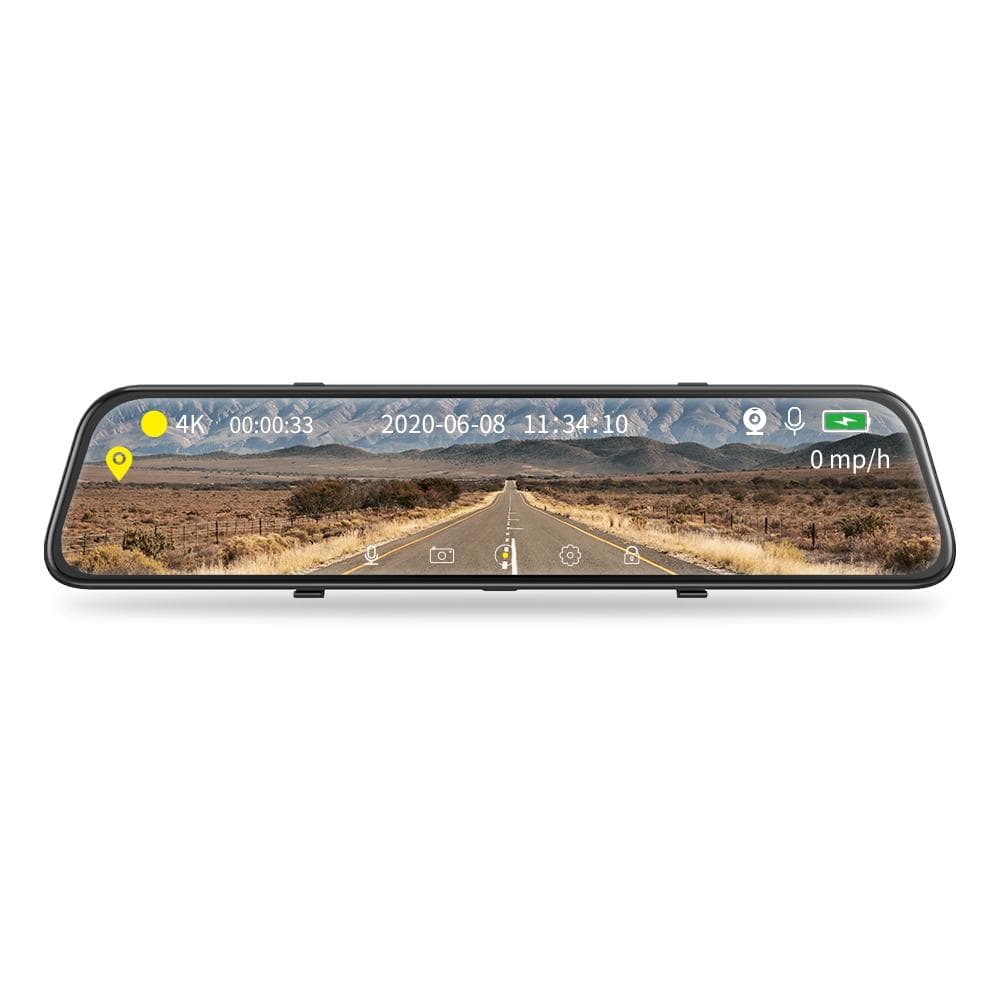 Do I Need a CDL to Drive a Skoolie?

Note: as of July 2022, VanTop is out of stock everywhere I’ve checked (Amazon, Walmart, etc), likely due to supply chain issues. If you’re reading this article and the VanTop Amazon link does not work, you can look at Walmart for a VanTop H610, or look at competing brands on Amazon such as this one, with the same considerations discussed in this blog post.

Unless you’re a professional semi-truck driver, a skoolie is probably wayyy bigger than anything you’ve driven before. Which can make backing up really intimidating.

For those who are traveling in less populated areas, this might not be a common occurrence. But we have our bus in residential areas from time to time, and have to take great care not to squish our neighbor’s Prius.

Having one person outside the bus directing the driver does work, but it gets old fast.

To avoid this, we bought a VanTop H612T mirror & backup camera, which looks like a rearview mirror, but contains a dash cam and plug for a backup camera.

The “mirror” is actually a high-resolution touchscreen that lets you take photos, select different modes, and even use GPS.

You mount the mirror at the front of the bus (we have it above the dashboard, rather than in the usual review mirror location), and connect the backup camera via wired connection.

We wanted a wired connection for better signal reliability, which is part of why we chose this option. It did mean buying extra cabling, though. The cabling that comes with this backup camera is 23 feet, which is too short for most skoolies (unless you have a short bus). So you will need to buy an extra cable.

Disclaimer: we installed our camera before the inside of the bus was finished. This made it significantly easier to work the wiring in and hide it alongside other electrical wiring. This might not be the case for finished skoolies.

I’m definitely happy with the quality of the camera. I didn’t buy it for the high resolution, I just wanted something that was good enough to see the environment around me.

It’s an absolute godsend for backing up, so if you are at all nervous about driving in tight spaces, this (or a cheaper model in the VanTop line) is money well spent. It also has night vision.

The rear camera is also waterproof and we’ve had no issues with it flaking out.

You can do a splitscreen to watch backup and froward cameras at the same time. This model is 12″ so you can see both fairly views well. We like to leave the backup camera visible while driving down the highway to see if there are any cars hanging out in our blind spots. It also shows the speed and time which is handy.

There’s a button to take photos while driving. This makes it easier to take scenic photos compared to messing around with your smartphone. We’ve had no issues with the touchscreen functionality either.

We have it mounted on our dash (raised up about 12″) instead of the normal location for a rearview camera. As a result, we haven’t had any issues with glare that other people have mentioned.

What I Dislike About This Camera

On a recent trip, I bought an SD card so that we could take a timelapse of our trip. I don’t know if this is user error or poor design, but I was unable to get a timelapse because the “G-Sensor” (which measures acceleration and detects crashes) kept interpreting potholes as crashes. It would then go into the loopback mode to record “crash data”.

We know that our bus’ suspension leaves quite a bit to be desired, but but the amount of (fake) crash events seemed excessive. So, we just use the cameras for live monitoring, and do any timelapses through a GoPro.

There’s a bunch of features we don’t use, like the GPS (we prefer our phones) and voice control.

There’s a 23 foot cable included but if you’re installing in a skoolie, you will need an extension cable. It’s not too much of an extra cost though.

The backup camera is lower quality than the 4K front camera, but it’s still good enough to use for backing up.

Final Verdict on the VanTop H612T

So, is the H612T backup camera worth it? While I’m happy with the functionality of the camera, I would not recommend this for people who “just” want a backup camera.

Since we don’t use the GPS or voice assist, and have another way to do timelapses, we’d probably go with a cheaper VanTop model like the H609.

It’s a similar form factor, 10″ instead of 12″, lacks some of the features (that we don’t use anyway), and has lower resolution. But everything we need is still available in a cheaper model.

If you don’t need the extra features or resolution, save yourself ~$100 and you’ll still be happy with the VanTop H609.